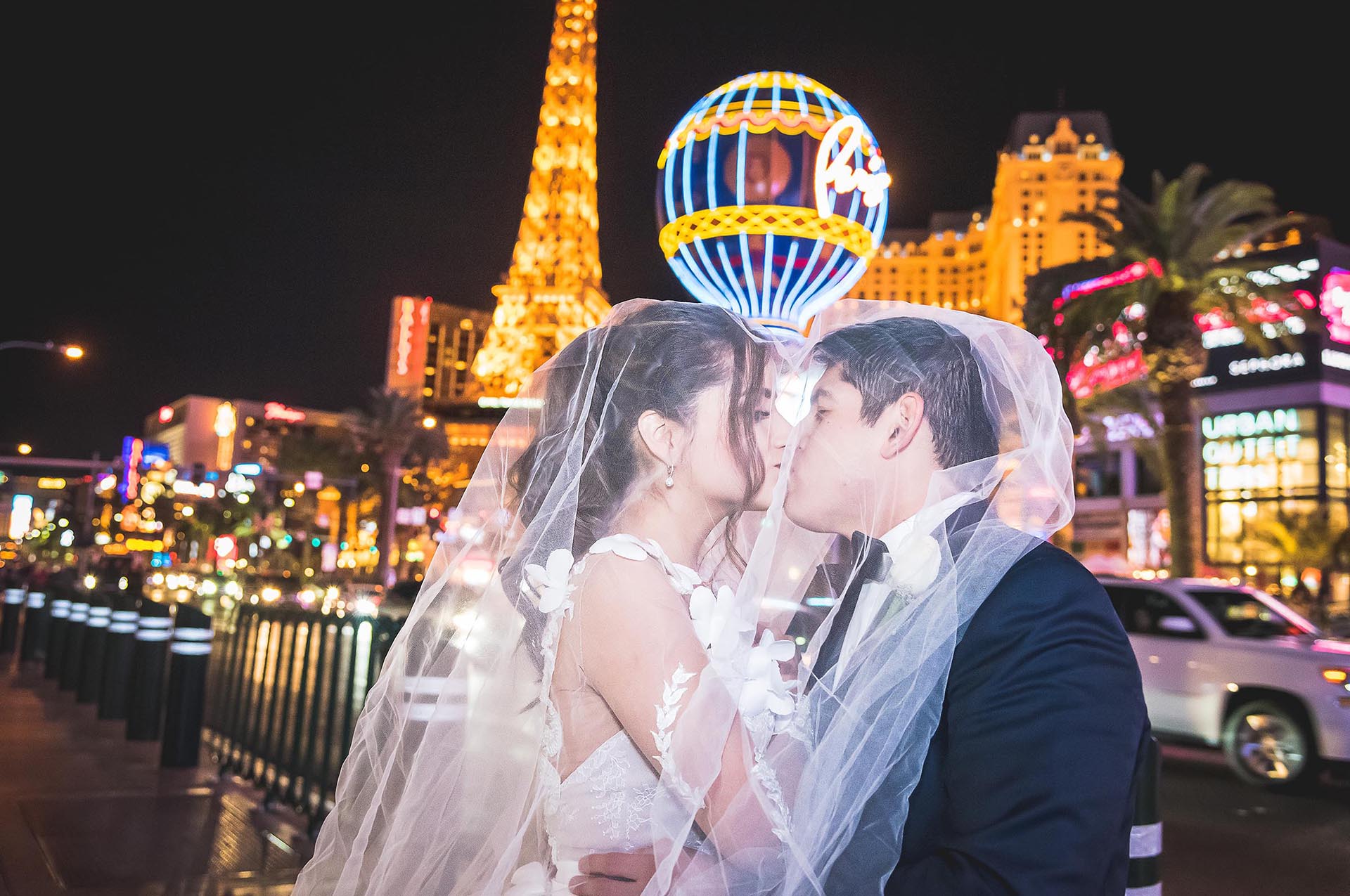 Being a resident, I’ve had the privilege to do some fun shoots on the Las Vegas Strip. However, there are certain challenges photographers have to face while doing a shoot on The Strip. Here are some tips and other things to keep in mind beforehand:

Crowds, crowds, and more crowds!
The Vegas Strip is a HUGE tourist destination, with millions of people visiting a year! You will always run into crowds, especially on the weekends. Fridays and Saturdays are the most busiest days.

Prior to your shoot, I would also look online to see what events are happening on The Strip. Other than New Year’s Eve, The Strip gets especially crowded during boxing and UFC events, as well as Golden Knights hockey games.

I still try to take pictures of clients sitting on the slots machines or in a indoor area, but I always make it fast. I also make sure to pick a spot that is far away from security or any employee. By the time any one does spot us, we are already finished and ready to move on.

Photo sessions are best taken outside.
Vegas Strip sessions are always outside. Shoots are along the sidewalks because they are public areas. If you are doing outdoor shoots near the valet area or anywhere closer to the building, it is technically still under private property. Security can still kick you out and make you move somewhere else. Just like shooting indoors, it is best to fly under the radar and not draw any attention to yourself.

Do not attract too much attention.
When people visit Las Vegas, they want to go wild and free. You’ll be hearing a lot of cheering and “Wooo, Vegas!” However, I would not do that during a photo shoot, especially indoors and near a slot machine. The more attention you bring to yourself, the more likely security will kick you out. I would save the energy when you’re outdoors!

Everything is actually further than you think!
Just because you’re at New York, New York and can see the Bellagio doesn’t mean it’s a close walk. The Miracle Mile Shops at Planet Hollywood are named that for a reason – because it’s a far walk from the parking lot to the front. It can take hours to cover the entire Strip because there is so much to see!

Even though doing a shoot on The Strip seems a bit strict, it still can be tons of fun!